I took the Hassy out and shot a roll on my way to work today, then developed it after work. The negatives have a lot of crud on them, and I'm not sure why-- it may be artifacts of my amateurish scanning techniques, or it may have come from my amateurish attempts at loading film onto reels. This roll went on pretty well, though, so I don't think it's that. They're unedited except for a levels adjustment.

Here's the very first image, and then my favorite from the roll. The whole roll is online for your amusement. I'm really enjoying the process of being thoughtful and deliberate about each shot, rather than doing the typical digital photographer spray and pray. 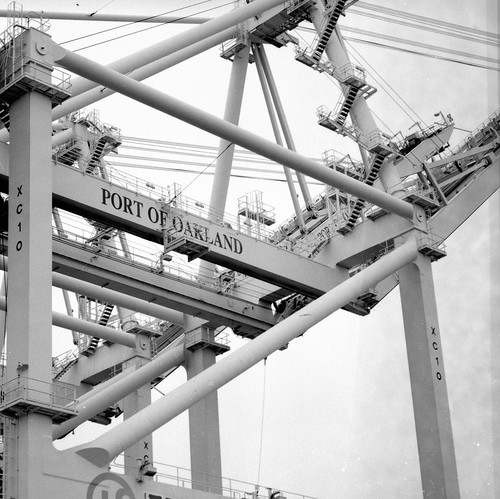 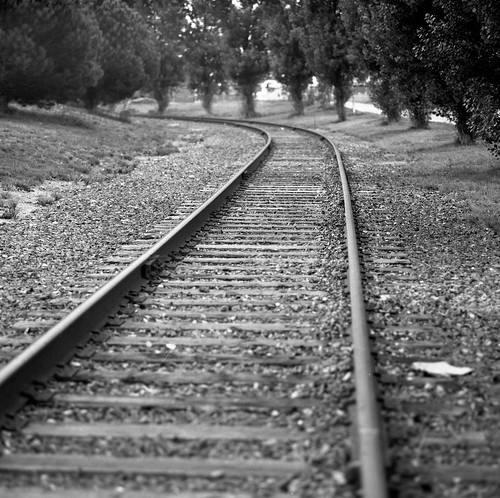 I spent the evening in the darkroom. Remember the crap on my negatives that I thought might have been scanning artifacts? I have good news and bad news. The bad news is that it's on the negatives. I was kind of hoping that wasn't the case. The good news is that, after thinking about it for a while and talking to a couple of people, I think I know what happened. If I'm right, and I'm 90% confident that I am, it's something that I fucked up during development rather than a problem with the camera.

I developed this film in a tank that holds three reels of medium format film. I only had two. What a smart person would do in this situation is put an empty reel on top so that the film was held down in the developer solution. What a n00b would do is space on putting the third reel in, and let the top reel potentially float up out of the developer. This completely fits with the sort of bubbly look of the grunge.

If I was in love with the images I could fix some of it in Photoshop. Since they were just test shots, I don't really care. I did a print of the railroad tracks that I kinda like, though. I'm extremely happy with my choice of crops. Here's my scan of the print, and the scan of the negative that I posted last night: 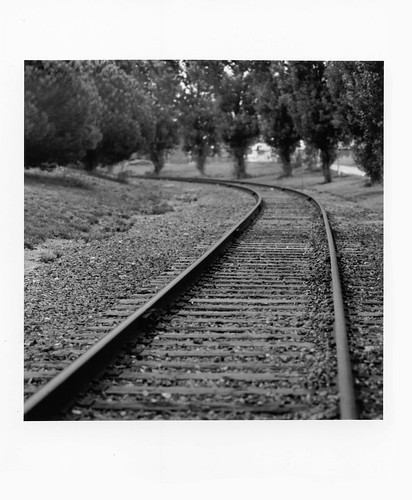